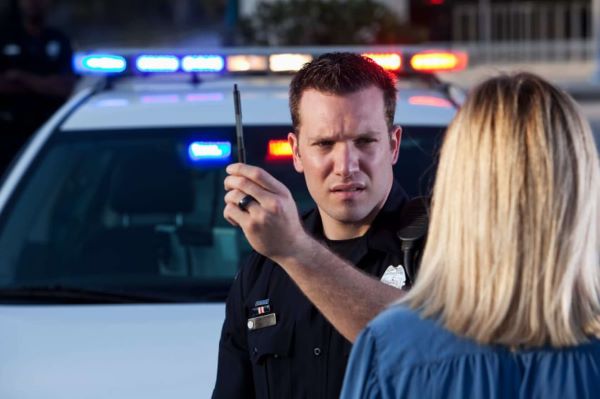 If you are hoping to beat your Operating Under the Influence charges in Massachusetts, then you have come to the right place. Getting arrested and charged with OUI can be extremely stressful, but the most important thing that you can do is partner with an experienced OUI attorney in Massachusetts as soon as possible to begin building your defense. Massachusetts is notoriously strict with the way that they handle and punish OUI convictions, meaning that there is a lot riding on your case.

There are a variety of different factors that we will focus on throughout your OUI case in the Massachusetts court system, each of which will seek to ensure that your rights were upheld through every step of the situation leading to your arrest and charges. As you will learn throughout your case, due process is an extremely important cornerstone of the American judicial system, and this importance may impact the outcome of a trial even in the case where the defendant unequivocally committed the crime in question, but it is found that their rights were not upheld with consideration to due process or their constitutional rights.

As your OUI attorney, we will explore each variable that went into your traffic stop, and ensure that you will only be convicted if each of these variables is found to be legitimate, lawful, and prove that a crime was committed beyond a reasonable doubt. As your defense team, it is our job to bring each possible doubt, misstep, or incorrect procedure into question.

Read more below about some of the things we will focus on during your trial, and contact us as soon as possible to begin working on your case today. Because there are many time-sensitive issues that you will want to address, the sooner you hire an OUI attorney the better. For example, you have 10 days to contest an automatic license suspension in the event that you refused a breathalyzer test.

Exploring the Details Of Your Traffic Stop

One of the first things that we will investigate is the nature of your traffic stop. Massachusetts chooses to use the charge of Operating Under the Influence as opposed to either Driving While Intoxicated or Driving Under the Influence, and although the charges are essentially the same, there are some subtle differences between the actions “operating” and “driving.”

In addition, we will want to be sure that you were pulled over for legitimate reasons. Were you driving erratically, ignoring traffic signs, or swerving? If you were not violating any traffic laws or giving any indication to the arresting officer that you should be pulled over, then we will want to explore this question before going any further.

Were You Actually Operating a Vehicle?

This may seem like a strange question to ask considering the nature of the charges, but if we are able to ascertain that you were not, in fact, operating a vehicle at the time of your arrest, then the charges are invalid. It is absolutely essential that we ensure that the charges match the crime, and if they do not, then we will fight to have them thrown out.

Massachusetts has a legal BAC (blood alcohol content) limit of 0.08% for people over the age of 21 who are operating passenger vehicles; 0.04% for CDL drivers operating commercial vehicles, and 0.02% for drivers under the age of 21. These concentrations are determined with a few different tests, including a breathalyzer, blood, or urine test. However, these tests are not guaranteed to be accurate, and a breath test is inadmissible as evidence in a trial.

Refusing a breath test is also not allowed as evidence in your trial, but as mentioned above, will result in an automatic license suspension by the Registry of Motor Vehicles. There is no “right” option when it comes to either taking or refusing a breath test, and will come down to what you determine is more important.

Regardless, we will explore the methods that were used to determine your BAC, and ensure that the machines were used properly, calibrated, and that there were no other factors that could have skewed the results. Machines are not perfect, and so there is no reason that the outcome should rely solely on a device that does not operate with 100% accuracy.

Ensuring That The Officer Followed Protocol

Another thing that we will go through is determining whether or not the officers on the scene followed all of the required protocol to ensure that your rights were upheld throughout the entire interaction. If we find that this was not the case, we will bring this to the attention of the court as an indication that the entire arrest was flawed, and that a guilty finding would be impossible given the fact that you were not treated properly throughout the process. There are many different things that we will go through to ensure that this was the case, and each case will vary depending on the details of the arrest and the surround factors.

Contact us today to begin working on your own case, and we will begin to explore every detail that may be used in your case against the charges and for your own success. It is important to us that each of our clients enjoy the rights granted to them through the U.S. Constitution, and it is our goal to defend these rights every step of the way.

Do you Have a case?

Get a free case evaluation now